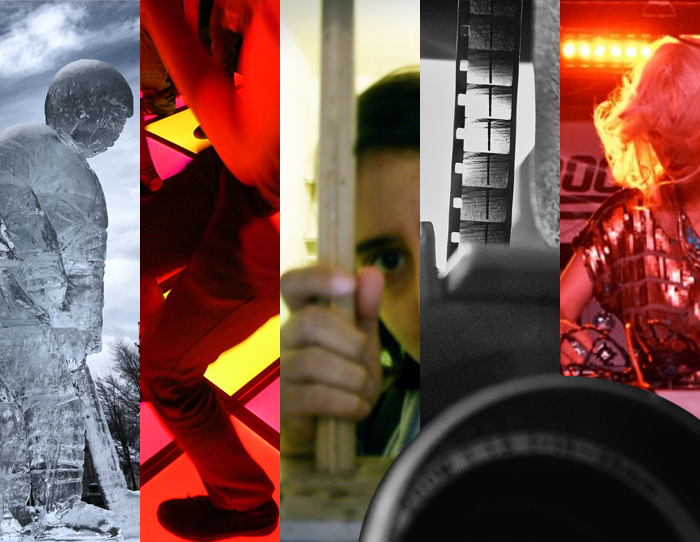 Thus far, Kingstonians have been spoiled (in a good way) by Winter 2016.  There’s been just enough spurts of snow for outdoor enthusiasts to get in a bit of skiing and snowshoeing, while conditions haven’t been so bad that the rest of us have had to go into hibernation.  Groundhog predictions aside, the remaining snow and ice could realistically vanish in the next month or so.  Looking ahead, it’s easy to see that February is one of the busiest winter months in terms of local events.  Accordingly, once again we’ve combed through our extensive community events calendar to craft our top five list of events in YGK this month.  From live music to a pair of our favourite annual festivals, we’ve included a mix of one-time events to traditions that range from free to reasonably priced.  Read on as we explore the best events in Kingston in February 2016!

FebFest, 4-7 February 2016: perhaps it comes as no surprise that our first “best of” includes the city’s premier winter attraction, voted by our readers as the second most anticipated event in February 2016.  This year’s spectacle sticks to the tried and true format that has attracted as many of 30,000 spectators to Market Square over the course of the weekend. In 2016, Kingstonians will be treated to a show by Canadian Men’s Figure Skating Champion, Nam Nguyen, and get a chance to meet NHL Legend, Ron Ellis.  Additionally, the Carr-Harris Cup and free maple candy sampling round out the remaining headlines of the weekend. Of course, public staking in the shadow of City Hall, wagon rides and guilt-free Beaver Tails are just as enticing.

The Tett’s First Birthday Daybreaker Dance Party!, 15 February 2016: With so many fantastic things going on at the Tett Centre, it’s hard to believe that the city’s bustling arts hub has only been open for one year.  To commemorate the occasion of their first anniversary, the Tett is throwing one of their spirited Daybreaker Dance Parties.  On Family Day, you’ll find people in costumes and regular attire busting a move with DJ Chico in the Malting Tower, which overlooks Lake Ontario.  The beat will drop and the crowd of early birds will bust a move with early morning energy, just as the sun peaks up over the horizon (6:30-8:30 am).  This family friendly event is sure to “Shake Up Your Wake Up!”. Admission is by donation.

Hothouse, 19 February – 6 March 2016: this Theatre Kingston production is the world premier of Judith Thompson’s play, which was inspired by Merilyn Simonds’ novel The Convict Lover. Hothouse will take audiences into the world of romance between a convict at Kingston Pen and a young local resident. It’s a story of passion, love, and fear, which explores the unimaginable world in one of Canada’s famous prisons. Directed by Kathryn MacKay, with original songs and music composed by Tom Bellman.  Tickets available via the Isabel’s website and box office.  Warning: this production contains adult themes and language.

Kingston Canadian Film Festival, 25-28 February 2016: for three consecutive years, Kingstonist’s readers have crowned KCFF as the best thing to see and to in February. The lineup for the 2016 festival is still being revealed, and we’re already running out of room on our list of must-see films.  From Driving with Selvi to Into the Forest and Sleeping Giant, we simply can’t wait for opening night!  Of course, the largest showcase of feature films from across Canada always includes various events outside of the theatre, and this year is no exception.  They’ve added a very special guest appearance by Kids in the Hall legend, Scott Thompson, and a comedy show by the “man mountain of comedy”, K. Trevor Wilson.  All this, and we haven’t even mentioned the entertaining shorts, the informative film labs, or the lively receptions.  See you there!

Operators, 27 February 2016: finally, February concludes with one heck of a bang thanks to what is sure to be a rocking show at the Grad Club.  Dan Boeckner (Wolf Parade, Handsome Furs, Divine Fits), Devojka and Sam Brown (New Bomb Turks, Divine Fits) are Operators, whose upcoming release was named one of the most anticipated albums of 2016!  The band’s unique sound has been described as “gruff, melody-driven rock”, which is sure to entice listeners to hit the dancefloor.  And by some miracle, at last check there were still a few tickets for this show available.  Don’t delay if you’re thinking about hitting up this show.