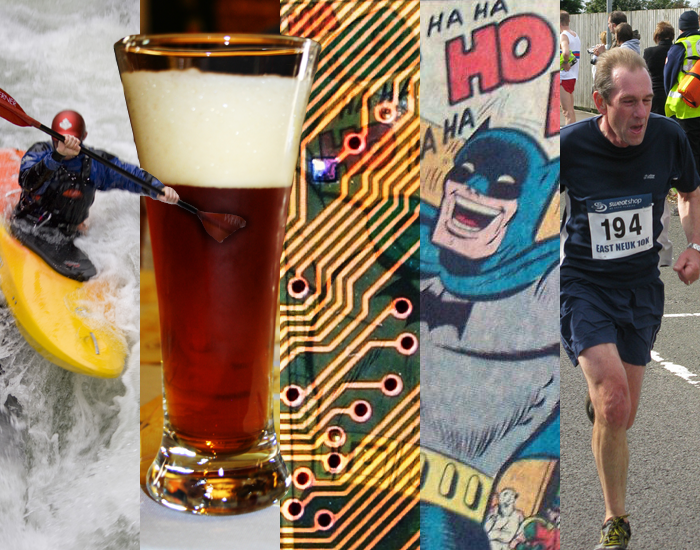 Reel Paddling Film Festival, 6 April, 2017: The Reel Paddling Film Festival is an international festival that tours to 120 cities all over the world, screening the world’s best paddling films of the year. The festival, which features films about whitewater rafting, sea kayaking, canoeing, SUP, and action and lifestyle, is hosted by Trailhead and will take place at The Screening Room from 6:30-9pm.

Kingston Craft Beer Festival, 7 April 2017: Once again, The Brooklyn will host the annual Kingston Craft Beer Festival from noon-6pm. This year’s fest will feature more than 30 breweries and over 100 beers. Organizers promise brand new breweries and more food trucks this year than ever before. Advance tickets, which are $35 each and include 10 sample tickets and a souvenir sample glass, are sold out. But don’t fret! There is the possibility of more tickets at the door if the weather allows for use of the patio.

Electric Circuits Festival, 7-8 April, 2017: The Electric Circuits Festival is a new event offering two nights of diverse, cutting-edge music and art, as well as an afternoon of free, artist-led workshops. On Friday evening, The Isabel Rehearsal Hall and Studio Theatre will host performances by Rise Ashen, Booma Collective, CMD, Revlux, local duo Decomposing Pianos and more. Doors open at 8:30pm with music from 9pm-1am. On Saturday, enjoy an afternoon of free workshops and artist talks from 1pm-4pm at The Tett. Topics will include dance, animation and more. Saturday night will see an immersive multi-room experience at The Tett from 10pm-6am with music genres including ambient, down-tempo, house, techno and bass, plus live art performances. Tickets range in price from $15-45 and are available online.

Kingston Comic Con 2017, 15 April, 2017: Kingston Comic Con is back and is taking place at The Invista Centre from 10am-5pm. Special guests include the Brockville Ghostbusters and the Dr. Who Dalek. Visit vendors from all over Ontario to check out the latest toys, comic books, t-shirts, DVDs and more. There will also be prizes and opportunities to get photos of your favourite cosplay and comic characters. Admission is a minimum of 2 canned goods for the Partners in Mission Food Bank or a donation of $2.

Limestone Race Weekend, 30 April, 2017: The Kingston Road Runners Association is run by volunteers and has been active since 1981. Their biggest annual event is Limestone Race Weekend, which includes 2K, 5K, 10K and half-marathon runs. New this year, the half-marathon course has been officially certified by Athletics Canada. Funds raise by the KRRA go to the KGH Trauma ward as well as Start2finish Reading and Writing program. Register now at the KRRA site.