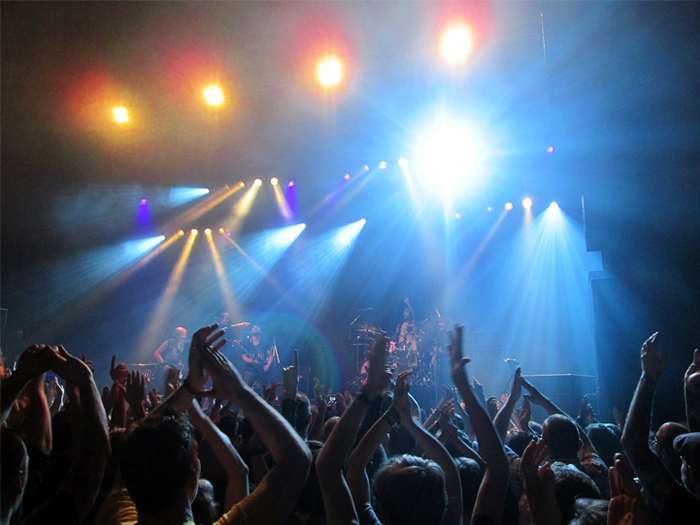 Summer 2017 has been a busy one for live music lovers in Kingston. Thus far, we’ve been treated to free concerts and festivals in quaint venues such as Market Square and Skeleton Park, as well as ticketed shows at the K-Rock Centre, The Grand and inside the walls of historic Fort Henry. With an impressive lineups of big name performers ranging from the great Bob Dylan to Sam Roberts, and local acts such as Sarah Harmer and Kasador, it’s important to step back and recognize that we have been truly spoiled over the past month and a bit.

One of the big things that impresses me the most about the festivals and concerts Kingston has offered up thus far, is just how unique those experiences has been for concert-goers. For instance, one weekend you might find yourself picnicking in shady Skeleton Park, somehow singing along to a long-forgotten Fred Penner song, while the next week you’re in sweaty gym clothes atop Fort Henry, sipping on a well deserved craft beer with a band rocking out not too far away. The fine details of those experiences really sets each of them apart, making for unique memories from one show to the next.

With all the music Kingston has had to offer thus far, this week’s poll asks:

Which big concert in Kingston has been the best (so far) in Summer 2017?

Summer 2017 had some undeniably huge shoes to fill thanks to last Summer’s final show for The Tragically Hip Homecoming Tour, which brought Kingstonians and Canadians together for a once-in-a-lifetime, unforgettable experience. As we’ve written before, it would be near impossible for such a concert to be outdone. Unfair comparisons aside, I think the general consensus is that people have been been quite pleased with the musical entertainment thus far in Summer 2017.

With big shows including the return of the Wolfe Island Music Festival, and a bit further down the road, the Mackinnon Brothers Beer and Music Festival coming up fast, the second half of Summer 2017 is bound to be just as epic for those seeking live music in and around Kingston!  Which show or performance do you consider the best thus far? Moreover, which festival are you looking forward to in the next few weeks?