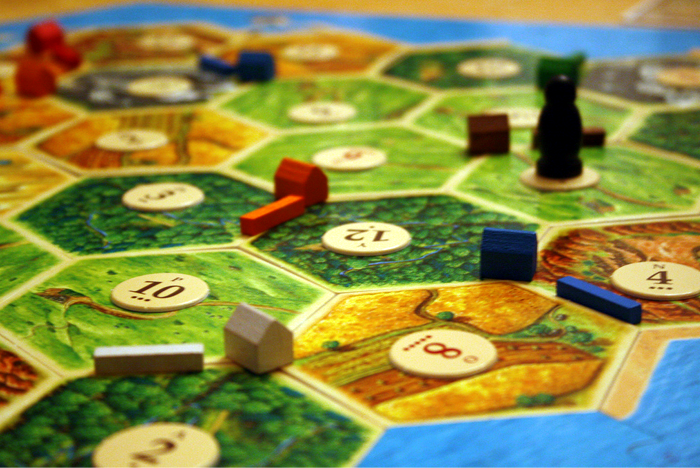 “Anyone want wood for sheep?”

“It was Colonel Mustard in the library with a candle stick.”

If you’re anything like me, you’ve likely uttered at least one of these classic board game statements over the years. I can’t count the number of rainy days and wintry nights I’ve spent rolling dice, collecting cards, claiming territory and striving for victory. My tastes have definitely evolved beyond Fireball Island over the years, however traditional board games such as Monopoly, Risk and Clue still have a special place in heart and regularly creep into rotation during gaming affairs. Nowadays, my interest is squarely focused on strategy-based games such as Settlers of Catan, Ticket to Ride, Carcassonne and the list goes on. And that list changes annually due to what family and friends are raving about, as well as the recommendations emanating from Kingston’s many board game shops. For a city this size, there’s a surprising number of thriving stores who cater to board game enthusiasts. Accordingly, this week’s poll deals 4 damage to all enemy minions, and asks:

Kingston's best board game store is:

Just what makes the best board game store in Kingston? Is it the friendly staff, vast selection, convenient location, or that little bit of extra magic each store brings to the table?  Most local board game retailers have diversified their stock beyond actual board games, offering everything from comic books to video games, collectibles to artful prints and cards. This degree of specialization really gives each of our local gaming hubs a unique identity, in that they all cater to different niches of the gaming community. Furthermore, they’ve all developed their own micro-communities of loyal patrons and fans who frequent their respective motherships for gaming nights, pre-order  and launch events. That same sort of enthusiasm for board games has spilled over into local watering holes and coffee shops who play host to regular gaming nights, or otherwise keep a well stocked selection of titles for patrons who are looking to play a casual game with friends while out on the town.  Board game nerds and geeks have arguably become cool, and businesses have definitely  done their best to cash in on the board game renaissance.

Where do you go to get your board game fix in the city, and what factors combine to make for the best board game store in Kingston?   Do you this we could support a cafe or bar who exclusively catered to board game enthusiasts such as Toronto’s Snakes and Lattes?  Prepare to duel and lay down your winning hand below.

One thought on “Best Board Game Store in Kingston”