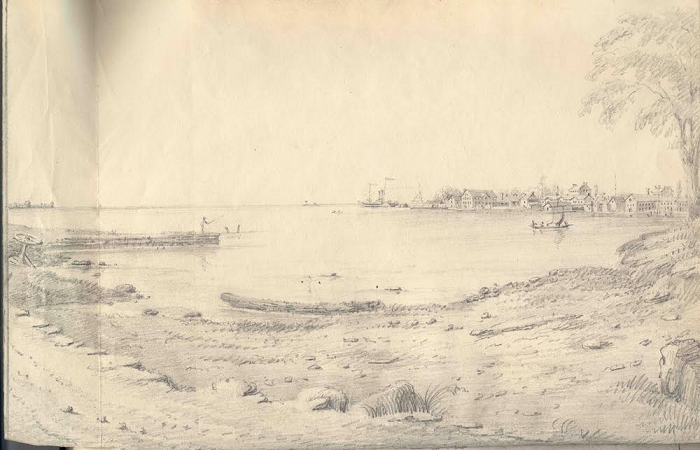 Kingston, and its setting on the St. Lawrence River, has long been the subject of artists local, itinerant, and from distant shores. One group that was especially taken with this area were members of the British Navy. Often officers, with a background in drafting and sketching, these persons sought to capture for their own amusements, for their personal diaries, and for the official annals, this region’s flora and fauna, its inhabitants, buildings, events, and geographical anomalies. One such example, which has managed to include a vast array of subjects documenting Kingston and its harbour in the summer time, is found as the “frontispiece” to the diary of Captain David James Ballingall, Commanding Officer of the Woolwich Division of the Royal Navy Marines, who was stationed at the Naval Dockyard in Kingston, in 1841.