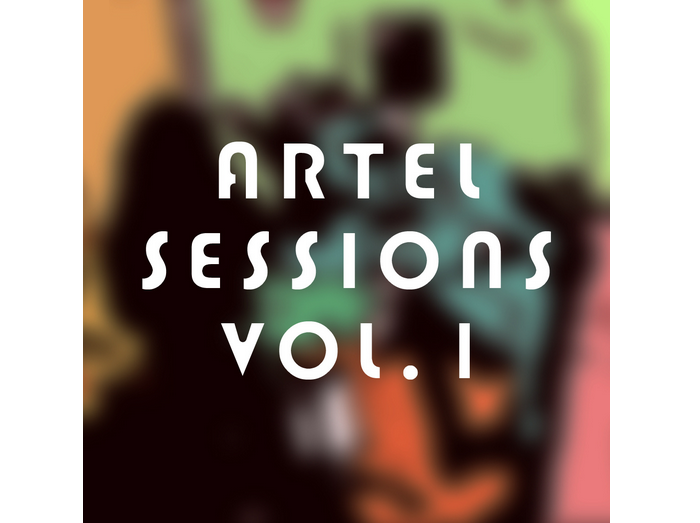 You may have heard of The Artel but you aren’t really sure where it is or what it’s all about.  The little limestone house at the corner of Sydenham Street and Queen Street in downtown Kingston is an unassuming hub of creativity for visual artists and musicians alike.  The Artel is a live-in, artist-run gallery and venue that plays host to shows and exhibits from both local and traveling artists.

Recently, a new project emerged from The Artel, curated and recorded by composer, sound artist and Queen’s professor Matt Rogalsky.  Artel Sessions, Vol. 1 is an eclectic compilation of songs taken from live recordings at The Artel.  Rogalsky has been recording shows there for a few years, sometimes with a simple hand held recorder, but more recently, he has been setting up his multichannel rig.  Despite an incredibly busy schedule which includes producing albums for PS I Love You and Juno-nominated musician Gary Rasberry, being a member The Gertrudes, and presenting his own work regularly in performances and exhibitions across North America and Europe, Rogalsky is committed to investing in his community with projects like this one.  He felt there was a need to capture some of the excellent and exciting music coming from this unique venue.

The Artel has been a testing ground for a lot of great local music. Some bands which have continued and gone on to play a lot outside Kingston (like PS I Love You), others which had mostly local presence (Sleuth Bears, Try Harder, False Face) and then, due to the nature of the younger folk being transient, called it quits when they moved on to Montreal or other cities.

This transient population leads to an ever-changing group of artists at The Artel, so Rogalsky proposed setting aside some time this past April to document some of the interesting solo artists and bands that play there frequently.  Artel Sessions, Vol. 1 includes tracks that were recorded during that period as well as several from live shows that also took place during that time.  The album, which was released during The Skeleton Park Arts Festival in June, is a unique compilation of pieces, some of which sprawl over 15 minutes and go well outside the boundaries of pop music.

The one and only out-of-town group represented on the album is a Montreal band called Ought.  The group recently signed to Constellation Records and is now performing major festivals overseas.  Their show at The Artel was memorable and not likely to be repeated.  It was an exciting and unique opportunity to catch a rising star in such a small venue.
Rogalsky says there will most definitely be a Vol. 2, and soon.

Already things are changing again at The Artel. People leaving, people arriving. I’m happy to be keeping an archive of the activity there.

You can download Artel Sessions Vol. 1 for free here but do consider making a donation.  All proceeds will go to The Artel collective to aid in the continued funding of their unique programming.
Share
Tweet
0 Shares