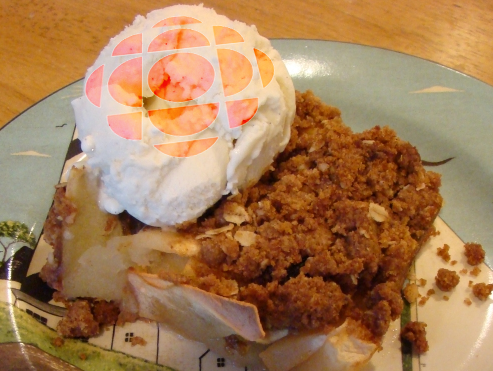 It seems like forever and a day since I attended the Apple Crisp music series hosted by CBC Bandwidth’s Alan Neal. This musical evening featured the likes of: The Gertrudes , Emily Fennell , Luther Wright , Chris Brown, Sheesham and Lotus and many more. It was an amazing night of music à la mode, and being a part of a live recording is always a fun experience. But woe is me, the Apple Crisp show was never made available online by CBC as Bandwidth is not released as a podcast. When attending PAB08, I got a chance to speak with some attendees from CBC who explained that shows such as Allan Neil’s can’t be made downloadable due to copyright issues surrounding the music they feature. I appreciate CBC’s concerns, however I’ll pay whatever, whenever to support the local music scene. So in my books, a podcast is not going to hurt any of these musicians, in fact, it only helps to promote their talent. With that in mind, the folks at Apple Crisp have made the recording available to listen to online, and although it is “free”, it’s not necessarily above board with the CBC. So when you’re listening, remember that these artists live off of their music, which requires an audience to commit cold hard cash. Whether you purchase their CD’s or to attend one of their shows, I strongly encourage you to support your faves. Without further ado…Part One and Part Two of Apple Crisp on CBC.