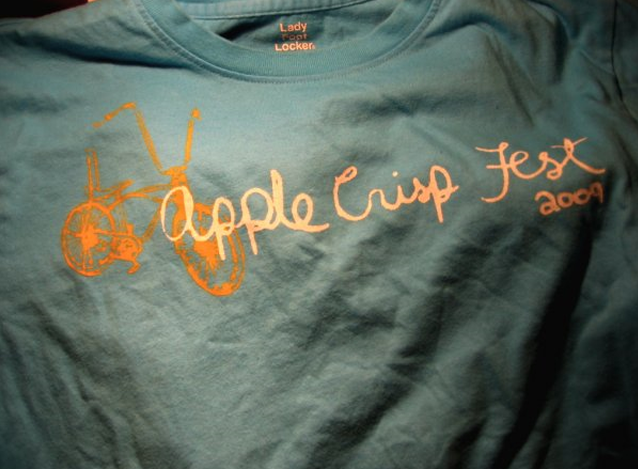 The Apple Crisp Music Festival (ACMF) went down last week at The Artel, Grad Club and Next Church. The concert was geared towards the high school set who were on March Break, but also drew in spectators across the spectrum. I was a bit surprised when I discovered that the first date of the series fell on St. Pats, however based on the reviews I’ve read, scheduling did not negatively impact attendance. I was quite impressed that the Apple Crisp gang brought in fresh faces such as Bruce Peninsula and Timber Timbre to play alongside hometown favorites including Magic Jordan, and our man Reuben. With the Skeleton Park Music Festival fast approaching, here’s hoping organizers take a page from ACMF and bring in a solid mix of new, old, local and outside acts. I can’t wait to check out the Apple Crisp Music Festival in 2010! In case you missed this year’s throw down, check out the video below featuring deGroot and the Virginia Creepers. You can also listen to CFRC’s podcasts from AFMC: here.