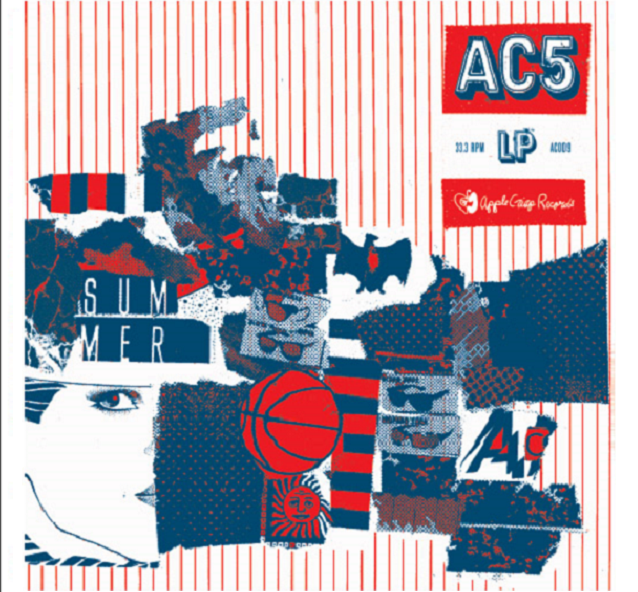 Just over a month ago, I was reminiscing about TV Desserts, a fantastic series produced for the Apple Crisp Musical Video Club featuring local talent including P.S. I Love You, The Gertrudes, and Sheesham and Lotus, just to name a few.  As the folks behind the popular video series have been busy with other projects, there hasn’t been a new episode of TV Desserts in quite some time, but that doesn’t mean the local scene is quite.  If you’re like me, in that you enjoy supporting homegrown talent, you’ll likely want to clear your calendar and attend the release party for Apple Crisp Compilation Number 5.

Just in time for Christmas, Apple Crisp Records is releasing its first full length vinyl compilation, AC5. The 12” LP will feature many of Kingston’s finest, including PS I Love You, The Gertrudes, Cherry Chapstick, Rueben deGroot, False Face, Audio Park, Madam Raz, Music Maul, and many more.  If you attend the release party at Queen Street United Church on December 18th, you’ll even be treated to live performances by all of those fantastic bands and solo acts.

Since being recorded, many of these Kingston bands have achieved great success in 2010, including PS I Love You’s acclaimed Meet Me At The Muster Station, (voted one of the top 5 albums in 2010 by Exclaim Magazine), and The Gertrudes’s Dawn Time Riot, (5-Star Review in NOW Magazine, Short-Listed for CBC’s Bucky Award, Most Canadian Song).

Recorded at North of Princess Studios and produced by Matt Rogalsky, Apple Crisp Compilation Number 5 was made possible, in part, by The City of Kingston Arts Fund, as a means of bringing together the performing arts community, while providing recording and mentorship opportunities for young Kingston musicians.