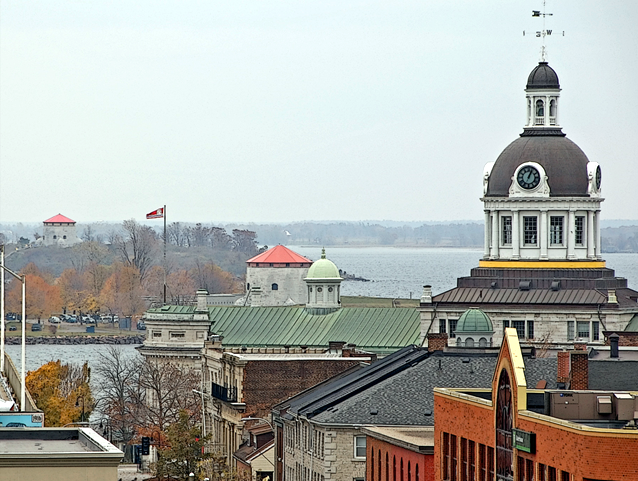 If you close your eyes and concentrate on a definitive symbol that represents the Limestone City, whether it’s a building, an over-sized sculpture, or a distinct district within the city, what’s the first thing that comes to mind? The folks who designed the City of Kingston logo featured the tholobate and dome of our iconic City Hall, while more elaborate versions of the logo include wavy lines and fireworks, both of which serve to highlight Confederation Basin and our renowned waterfront.  While this logo may be the first thing that greets visitors both to the city’s website and as they approach via the 401, outsiders are likely conjure up images of other landmarks, both good and bad, that represent Kingston.  With that in mind, this week’s poll questions asks:

What symbol best represents the City of Kingston?

When discussing Kingston with visitors and outsiders, a vast majority envision a city that is home to many prisons as well as former prisoners and their families.  While we have a significant concentration of correctional institutions, I’m not sure what the exact stats are on the number of families of current and former prisoners who remain in the Limestone City.  Perhaps it’s an unfounded stereotype?  A more positive runner up is the City’s downtown, and anything and everything constructed out of our favourite building material, limestone.  While visitors and current residents are likely to have differing opinions about what Kingston’s second most recognizable landmark is, what symbol do you think is the most significant? Does history trump all other factors?

Special thanks to Napanee Gal for today’s photo, which shows off Kingston’s skyline and some of the most renowned icons: Fort Henry, the Royal Military College, two Murney Towers,  downtown Kingston, and of course, City Hall.