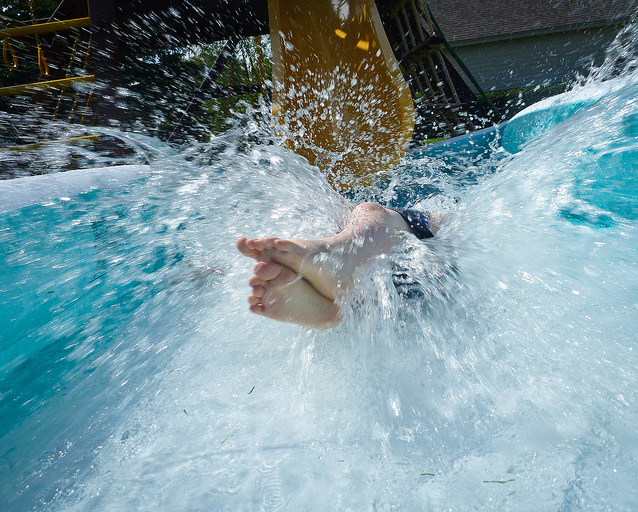 Kingstonist has been tracking the redevelopment of the Leo Lafleur Waterpark from the initial public consultation until it’s completion and grand re-opening earlier this summer.  After admission and membership prices were posted by the city last Spring, we asked our readers to weigh in on whether the costs were prohibitive or just right.  While a majority (44 percent) of poll respondents advised that the price was acceptable, 32 percent of our readers voted that the cost was too high and that it would deter their regular enjoyment of this new facility.  Further, an additional 7 percent of respondents regrettably stated that the cost of admission was so high, they could not afford it.

When asked for their thoughts regarding the increased admission costs at the revamped Leo Lafleur Waterpark, our readers responded:

I’m not a big fan of the price increase for the new pool. I know the city wants to reclaim its investment, but when I lived in the area the pool seemed to be used by lower-income families and youth. For only a couple dollars you could escape the heat and relax in the pool. I’m worried that the new prices will be too high for many of the residents in the area and that they will be forced to find new recreation options outside of the neighbourhood. (Andy)

Now that the cost of a family pass has gotten a lot closer to a mortgage payment for a house in this area, I’m afraid my family will not be swimming daily. We will likely go weekly now, or less. If increased physical activity was one of the goals, it’s not going to happen. (Andrea)

Just over a month after our new aquatic centre opened it’s doors, the number of Kingstonians opposing the cost admission grew to such a degree that Officials at City Hall were compelled to take action.  Last night, councillors passed a motion to discount costs in an effort to put the facility within reach of more members of the local community.  Budget friendly admission costs can be found here.

While the updated pricing scheme is certainly welcomed relief during the level 2 heat advisory issued by KFL&A Public Health, obviously there are still members of the community who are unable to afford revised admissions.  While free admission cannot be offered all the time, Tim Horton’s has sponsored Friday Splash (6pm-8pm), which offers free use of the facility on a first come, first in the pool basis.  That said, the last time I was in the area during a Friday Splash session, the lineup was out the door.

Do you agree with Council’s decision to reduce admission costs at the outdoor aquatic centre?  If you were on the fence because of high prices before, do the new rates make the facility more attractive to you?  Should the City and various community groups be doing more to make the Leo Lafleur Waterpark more accessible to those who still can’t afford to cool off?  Jump into deep end of this conversation with a comment or two.

Thanks to B.K. Dewey for today’s refreshing photo.