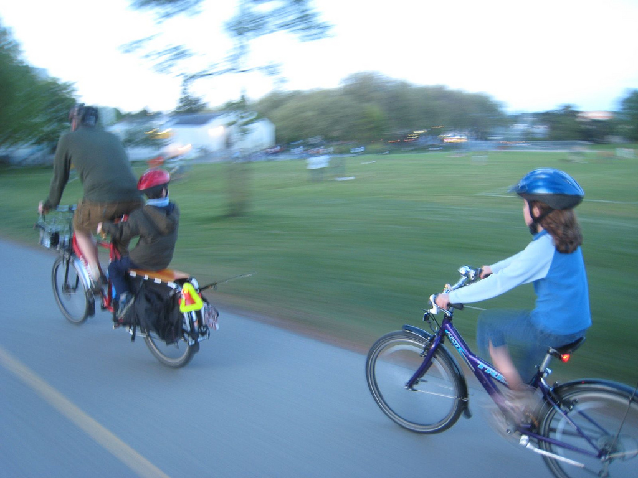 Kingston recently took part in Active Commute to Work Week from June 3-8 during which Kingstonians were encouraged by both The City of Kingston and The Kingston Coalition for Active Transportation to walk, cycle, carpool or ride the bus to work.  The City made a proclamation outlining the criteria for  the active commute and participants were encouraged to use Commuter Challenge, to track their progress.  Free breakfast was provided by Cycle Kingston for those who passed by on their way to work.

The challenge was a great success with over 400 people registered to participate.  These 400 people traveled a total of 28,000 km using only human power, transit or carpool, saved over 1700 litres of fuel and avoided 4400 kg of CO2, ranking Kingston as the top overall in Canadian cities between 10,000 and 250,000 people.  And this was our first year participating.  Now just imagine if we all took part…

Here’s a video highlighting the week created by kcat onthego.

Thanks to carfreedays for today’s pic.

One thought on “Active Commute to Work”