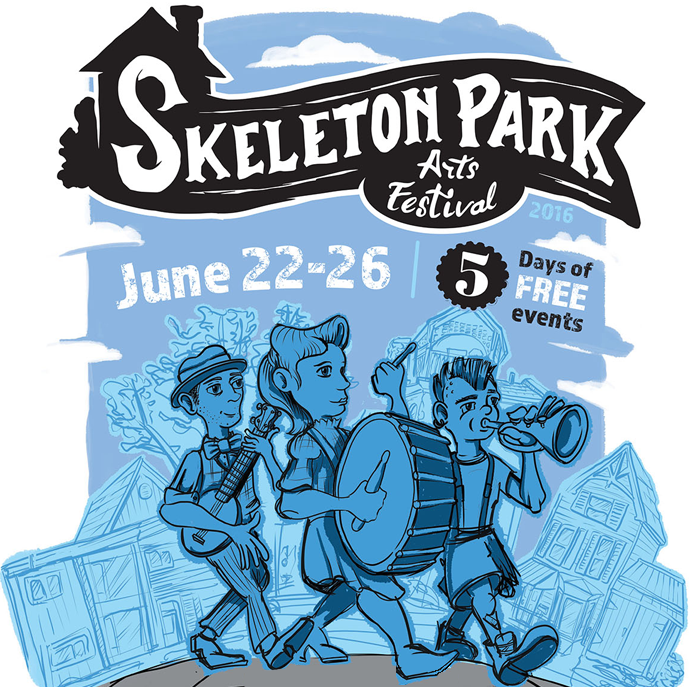 The 2016 Skeleton Park Arts Festival marks the festival’s 10th anniversary, and we couldn’t be more excited about its return to a more grass roots model! The 5-day solstice celebration’s line up is as impressive as ever, which is why it’s one of our top five things to see and do in Kingston this month. In addition to the wildly popular, rain-or-shine, free outdoor concert at Skeleton Park (aka McBurney Park) next Saturday, there’s everything from theatre to stilt walking, film screenings to meandering porch jazz parades.  All activities are free, reinforcing the festival’s hearty community-centric roots.  Advance registration is encouraged for some activities (e.g. Aquafit), and you’ll be happy to see an expanded musical program on Sunday.  Read on, make your plan to attend and see you at #SkeletonParkFest!

6:30am-8:30am: Morning Dance Party: This early morning dance party works to create an inclusive and inspired community dance space where our individual rhythms will collide like fireworks on the sky of the dance floor.  Come dressed to express, and ready to groove. Location: Central Public School (237 Sydenham St.).

5:30pm-7:30pm: Concert & Free BBQ with Lost Cousins: after uprooting from their Kingston student house to their new home of Toronto, Lost Cousins found themselves in the Top 10 of CBC Music’s Searchlight competition and touring the continent. This concert is co-presented by the City of Kingston Planning Department. Location: Douglas Fluhrer Park.

Want Even More from the 2016 Skeleton Park Arts Festival?

Hit Play on the SPAF2016 Playlist 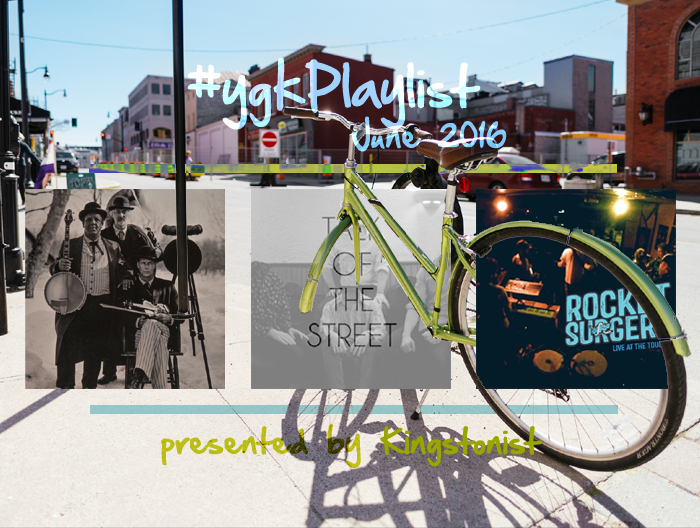 The Skeleton Park Arts Festival is bursting with local talent. Three of our favourite artists are featured in this month’s #ygkPlaylist: Sheesham and Lotus and ‘Son, Talk of the Street and Rueben deGroot… Listen Now
Skeleton Park Session Ale Returns! 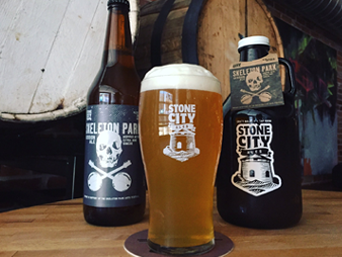