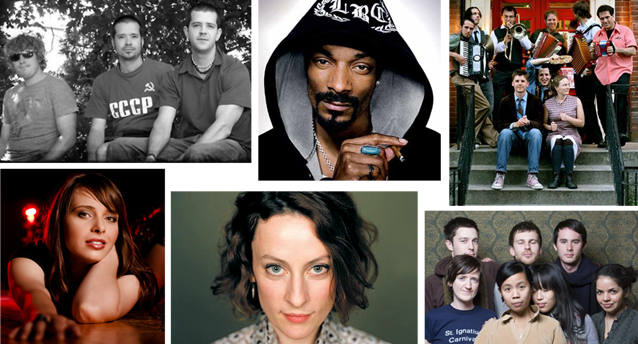 Save for the Skeleton Park Music Festival and Tomfest, Kingston does not have much in the way of outdoor music spectacles over the summer months. Thankfully, there are two outstanding festivals happening on the fringe of the Limestone City.  While both events feature a mix of local and out of town acts, make no mistake, they are starkly different.  The Wolfe Island Music Festival is an intimate affair that proudly features local, and independent artists, and it is listed by CBC Radio 3 as one of the top summer music festivals in Canada.  Conversely, the 1,000 Island Music Festival focuses on big name acts, which will attract an estimated 15,000 people per day.  Which island music festival is right for you?  Check out our guides below and let us know which festival you’ll be attending.

A three-day pop spectacle that’s being headlined by Snoop Doggy Dogg, with larger crowds, and fewer local performers.  Weekend passes, including camping, are $160 per person.

2 thoughts on “Which Island Music Festival?”