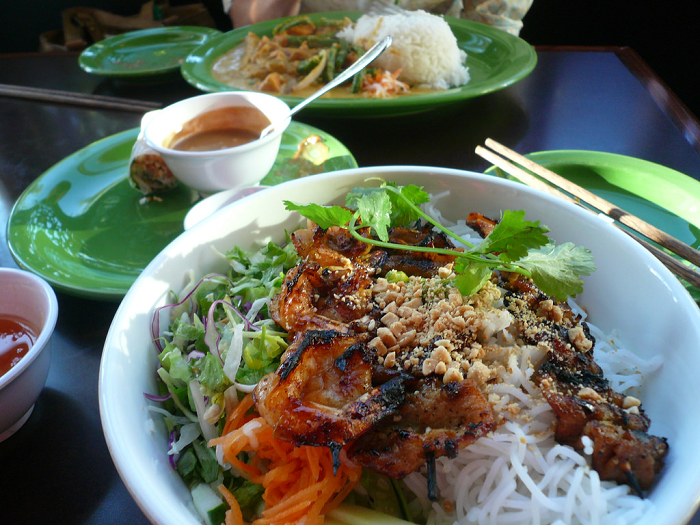 We all know Kingston has great restaurants. In fact, talking about food is one thing that Kingstonist readers love to do the most. In addition to some wonderful, locally sourced, upscale restaurants such as Days on Front, Casa Dea, Chez Piggy and any of the four Black Dog Hospitality restaurants, we also have a large number of Asian restaurants, especially for a city the size of ygk.

Despite having grown up in a city larger, I wasn’t exposed to much Asian cuisine apart from the odd Chinese take-out when I was growing up. Moving to a new city and meeting people from all over gave me the opportunity to try some things that were a little outside of my comfort zone. One of my favourite first experiences in Kingston was having sushi for the first time and then becoming obsessed with my favourite new restaurant (RIP Discover Japan). A year later I was introduced to my first Vietnamese meal when one of my roommates insisted that spicy food was the only cure for the cold we all had. We headed to Mekong and I had my first taste of coconut milk and chili paste. I have since been back many times and also frequent other delicious restaurants that specialize in Vietnamese and pan-Asian cuisine.

You may recall a couple of months ago when I finally ventured out to try Pho and asked our readers where to get the Best Pho in Kingston. Mekong took the crown, with Dong Nai not far behind. But that was a pretty specific question. This week, we want to be more broad and ask you:

Which Vietnamese restaurant is the best in Kingston?

As I mentioned in my post about Pho, I know that in comparison to larger cities, some may not see what we have as truly authentic or “the best”, but I think it’s incredible that there are as many options as there are in ygk and I want us to celebrate that. It’s also important to note that a few of these restaurants specialize not only in Vietnamese but other Asian styles as well. That doesn’t mean they don’t still do the best Vietnamese though, so tell us what makes great Vietnamese food in your mind. Who gets your vote for serving the best Vietnamese food in Kingston? Did we miss your favourite place? Give them a shout out in the comments below.

Thanks to Rex Roof for today’s photo.