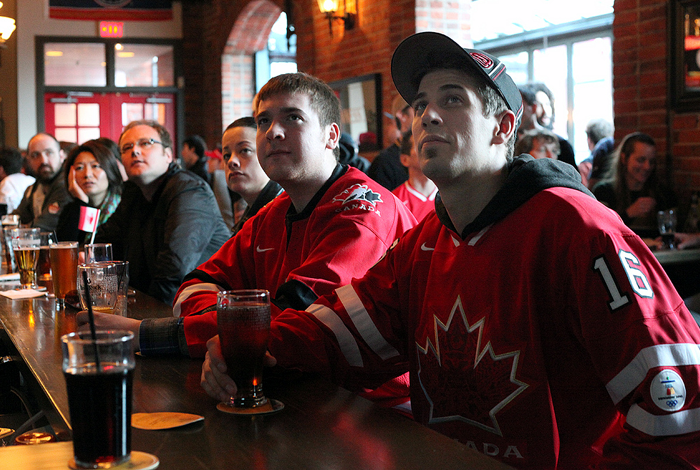 With the 2017 NHL playoffs one week away, many Kingstonian’s will soon flock to local watering holes to cheer on their favorite team’s campaign to claim Lord Stanley’s Cup. That got us wondering, which is the best bar in Kingston to watch the NHL playoffs?

The number and size of televisions and screens showing games in an establishment on any given night is certainly a key factor when we’re trying to decide where to go, but it’s not the only detail to consider. What’s on tap and on the menu, spaciousness, location, and the surliness of regular patrons must also factor into the equation.  Of course, we also have to take care when surrounding ourselves with fans of rival teams, whose annoying cheers are often ill-timed.  Example: Habs fans would rather be caught dead than surround themselves with Leafs fans, and vice versa.

Considering the many options to catch a game:

The best bar in Kingston to watch the NHL playoffs is:

This year’s playoffs are especially noteworthy due to the teams that are expected to make an appearance. Specifically, as many as five Canadian teams are expected see playoff action, which is a stark contrast to the 2016 playoffs which saw all teams north of the border shut out.  The lack of Canadian representation in the 2016 playoffs may seem insignificant, but it had a real impact on the number of patrons filling up sports bars from April through June.  It was bad for business.

The upcoming playoffs are also significant due the recent news that cable providers (Rogers and Bell) will charge higher fees to bars and establishments showing games.  Accordingly, 2017 could very well mark the end of the golden age of watching hockey wherever you consider to be the best bar in Kingston to watch the NHL playoffs.  Those higher fees could result in smaller establishments cutting the cord, or otherwise force certain businesses to increase the price of food and drinks.  Either way, fans might be inclined to stay home to watch games.

What do you think about higher sports cable subscription fees being charged by the likes of Rogers and Bell?  Drop off your playoff predictions and show some love for the best bar in Kingston to watch the NHL playoffs below.